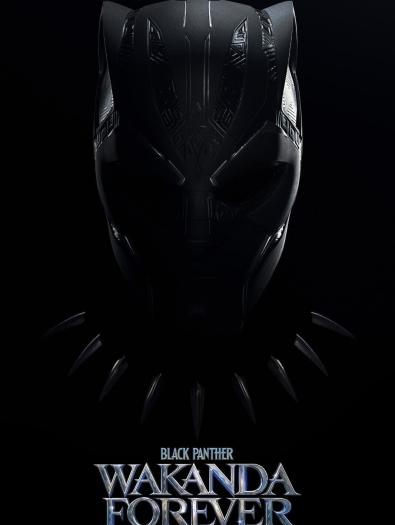 Bring a blanket, sit on the grass and enjoy your favorite films on the big screen under the stars. Events are open to ASU and the community.

Join the community before the show to listen to a moderated panel discussion focussed on Afrofuturism as part of Space2Inspire Weekend.

On the heels of the unexpected loss of King T'Challa, the nation of Wakanda finds itself at a crossroads in its fate. The surrounding powers of the world look on with greedy eyes, eager to encroach upon Wakanda in its most vulnerable state. All the while, its people remain steadfast, determined to protect their king's legacy and fight for their future.

Please register for accurate guest counts. Staff will be on site to assist with checking-in guests at the NE and SE security gates.

Leave your bags at home
Bags will be limited to clear bags not exceeding 12" x 6" x 12" in size. Please review the Clear Bag Policy.

Concession stands will be open
Stadium concessions will be available for purchase. Outside food and drink are not permitted inside Sun Devil Stadium.

Bring your own blankets
Guests are welcome to bring blankets, pillows and seat cusions for this event. Chairs, beanbags and blowup chairs are not permitted on the field. Sideline seating in folding chairs is available.

ADA Access
Accessible seating is available upon request on the track sidelines. Please contact event staff upon entry for assistance.

Guest Health & Wellness
If you or someone you live with are experiencing COVID-19 symptoms, please stay home.

Parking
Complimentary parking in Lot 59 when you show your confirmation email. Enter via Rio Salado. Complimentary parking is ONLY available to Movies on the Field guests on the north side of Sun Devil Stadium. Attendants may be on site to direct you. Accessible parking spots are available. Come early to avoid local traffic.

Stadium Entry
Entry will be at the northeast  (NE) and southwest (SW) gates of Sun Devil Stadium. 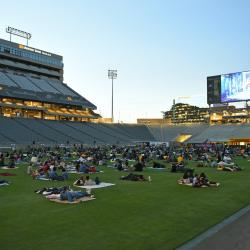 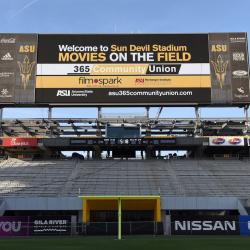 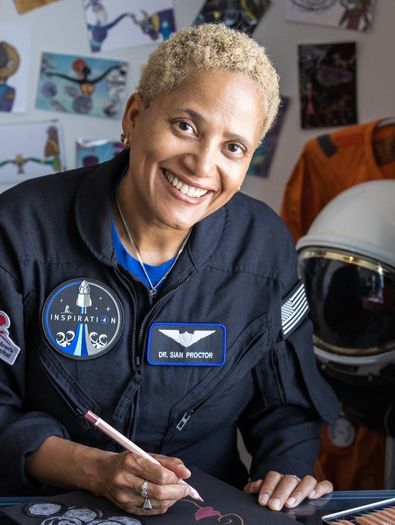 Share your inspired artwork for a chance to be featured on the jumbotron.